December-Don’t Deck the Stalls with these Hazards 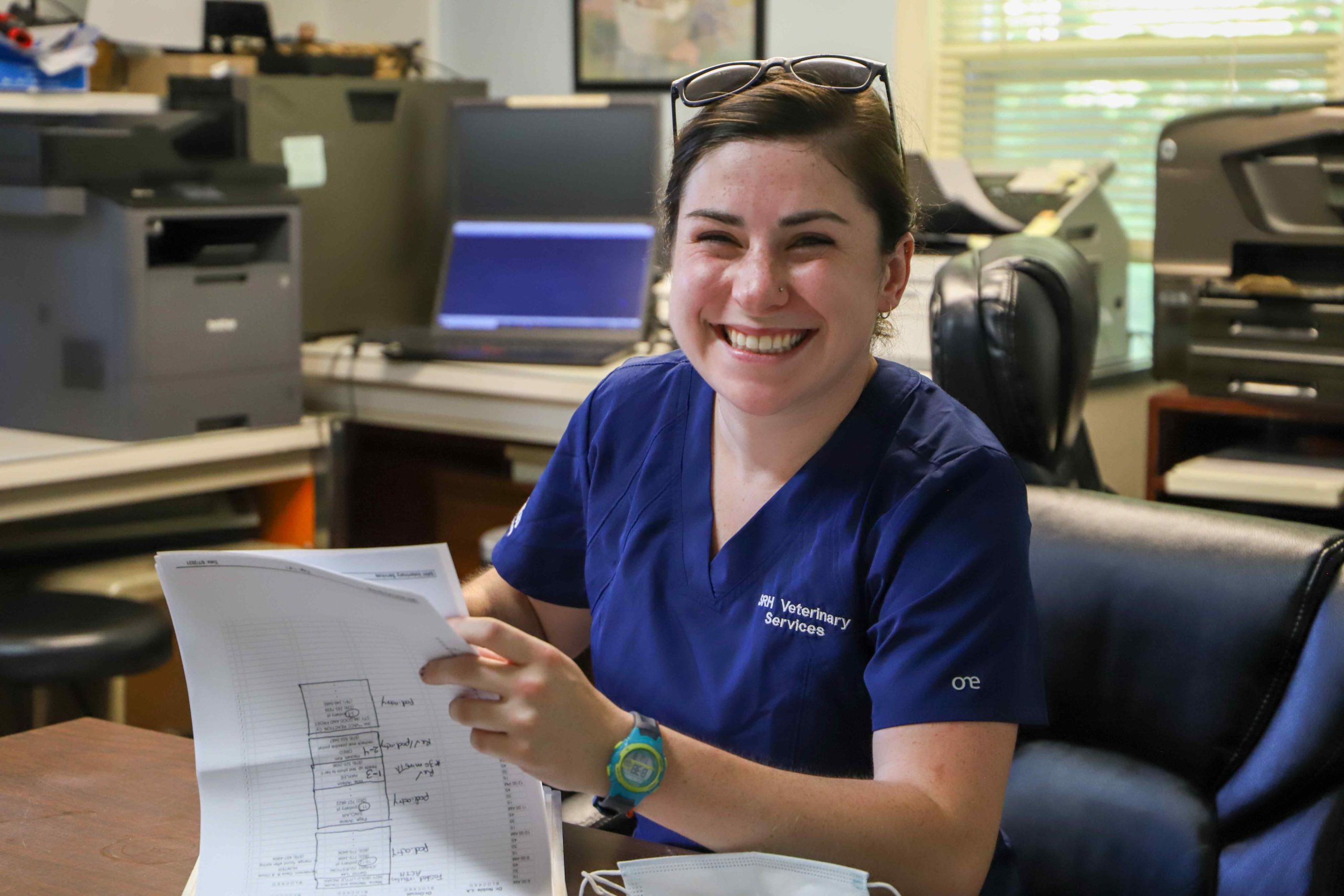 Don’t deck the stalls with these holiday hazards

Bad holiday décor choices by equine owners can truly become a matter of life or death. (It’s nothing to horse around with.)
By Lynn Hovda, RPH, DVM, MS, DACVIM

Everyone loves the decorations and lights associated with the holiday season, and most horse people are anxious to share them with their equine friends. Generally this occurs without problems, but to guarantee a safe holiday season a few items should be avoided when decorating barns or sharing food and treats. Peruse these holiday cautions on items that should be used carefully or not at all around horses.

Live greens such as pines and spruce boughs are generally safe when used in wreathes or garlands but should not be wound around stall bars or placed in an area where horses have easy access to them. Chewing on the stems and licking sticky sap may cause irritation to the mouth and gastrointestinal tract, and dried sap in a horse’s mane and tail is difficult and time-consuming to remove.

Yew (Taxus species) is an exception—cuttings in any form from this poisonous shrub should never be used in wreathes, garlands or decorations on stall doors, on fences, or in barns or pastures where horses might have any access at all. The Japanese yew (Taxus cuspidate), a common landscape shrub, is the most widely recognized yew, growing well in almost all parts of the United States, but other yews such as the English yew (Taxus baccata) and Canada yew (Taxus canadensis) are also poisonous. The dark-green needles and attractive fleshy, red fruit make it an ideal candidate for holiday decorations, but the needles and seeds, dried or fresh, are highly toxic to horses, dogs, cats, livestock and people.

Widely referred to as the “tree of death,” yew plants contain several alkaloids that affect cardiac activity. Collectively referred to as “taxines,” the toxins inhibit sodium and calcium exchange in myocardial cells, resulting in abnormal electrical activity and cardiac arrhythmias. The amount of yew necessary to cause toxicosis in horses is very small—estimated to be about 227 g (0.5 lb) for a 454-kg (1,000-lb) horse—and the onset of action is so rapid (generally two to three hours) that most horses are found dead next to yew clippings, wreathes or shrubs. Common signs evident before death include muscle tremors, ataxia, bradycardia, dyspnea and seizures. Sadly, there is no antidote and most horses die even when supportive treatment is provided.

Other plants such as mistletoe (Phoradendrom species) and English holly (Ilex aquifolium) are less toxic but should still be avoided. It is tempting to place a sprig or two of mistletoe over a stall door, but anyone wanting to kiss under the mistletoe should be advised to bring it to barn for the day and take it home with them when they leave. Berries are the most toxic portion of the plant, but all parts contain some amount of toxin. Signs of mistletoe poisoning are very rare but include colic, dyspnea, bradycardia, erratic behavior, muscle tremors and seizures. Mechanical injury from the sharp, pointed leaves of English holly may cause gastrointestinal signs such as hypersalivation, head shaking and lip smacking and ophthalmic irritation or corneal damage

Poinsettia (Euphorbia pulcherrima) plants have an overrated reputation as being toxic but are actually quite safe. They contain diterpenoid euphorbeol esters and steroids with saponin-like properties (detergents). The milky white sap released when the stem is snapped or cut can cause a contact irritation to the skin and eyes, pruritus, and hypersalivation or gastrointestinal upset, but the signs are generally short-acting and self-limiting.

Most artificial or synthetic decorations are safe to use around horses but need to be placed so horses with busy mouths cannot chew or otherwise ingest them.

Sweet treats such as chocolate and baked goods are generally harmless in small amounts, so there is no need to worry if a horse, even a miniature horse, eats a chocolate donut or small package of chocolate candies. The amount of theobromine, one of the toxins in chocolate, is harmful in larger amounts, so feeding more than a treat or two is not recommended. Visitors to the barn should be advised that feeding small amounts of any sweet treat, even crunchy carrots, may be hazardous to obese or insulin-resistant horses. Senior horses often have poor dentition and a high potential for esophageal choke, so all holiday treats including apples and carrots need to be broken into smaller pieces for them.

Caffeine-containing beverages are not especially harmful in small amounts, but beware the holiday punch made with ethanol. Horses are as sensitive to ethanol as humans, and spiked holiday punch is best left to adult humans and not fed to horses either as a treat or with malicious intent. Clinical signs of sedation, depression and incoordination occur within 30 to 60 minutes and may last for several hours, depending on the amount and concentration of ethanol ingested.

It goes with out saying that candles and other items that plug into any outlet should not be used anywhere inside the barn. While they are lovely to look at, the risk of fire hazard or electrocution is simply too high. Wiring on lights should be inspected each year before putting them up outside and kept well away from horses and other barn pests that may chew on the cords. Outdoor LED lights are safer and burn cooler, so, if possible, they should replace older holiday lights. Toys and ornaments with cords should be plugged into outlets in areas inaccessible to horses. If left in front of a stall, horses can easily drag it into their stall and start a fire or chew on the cord and electrocute themselves.

The holiday season should be a time filled with fun and festivities. Sharing this with equine friends is a common occurrence in most barns and with a little knowledge, common sense and advanced planning everyone should be safe and sound.

Pet Poison Helpline, an animal poison control center based out of Minneapolis, is available 24 hours, seven days a week for pet owners and veterinary professionals that require assistance treating a potentially poisoned pet. The staff provides treatment advice for poisoning cases of all species, including dogs, cats, birds, small mammals, large animals and exotic species. Pet Poison Helpline is available in North America by calling 800-213-6680. Additional information can be found online at www.petpoisonhelpline.com.